Young prince Amun and his twin sister Amunet had lived comfortable lives with their parents and their father’s brother, Set. Their uncle was their major caregiver when the King and Queen were busy, serving as a surrogate father. On the twins’ first birthday, the palace Seer had a vision that the two future rulers would find greatness together. Their parents did all they could to facilitate this greatness, including teaching both siblings to read and write. They spent all of their time together.

The King and Queen decided that Amun and Amunet should be wed on their fifteenth birthday. Once married, they could begin preparing to be King and Queen after their parents. For weeks before the ceremony, Set paced his room late into the night, muttering and distracted.

He would never be King, he thought. He had the unfortunate position of being brother to the King and uncle to the future monarchs. He would never know greatness, nor was he ever expected to. No, he couldn’t settle for that. He wanted real power. He deserved power.

One night, as the family slept, Set crept into his brother’s room. He stood over the sleeping couple, drew his dagger, and plunged it deep into their hearts. The Seer awoke from her sleep with a howl of great pain. She screamed murder, but it was too late! As the servants and guards scattered throughout the palace in a wild frenzy, Set slipped away into his own room, pretending he’d woken up at the Seer’s scream, glad that her vision could not tell who had committed the heinous crime.

With the old monarchs dead, Set knew he would become interim ruler until the Twins had come of age. However, because they had been wed the night before, the palace advisers deemed that unnecessary. The next morning once the siblings laid their parents to rest, they were crowned the new King and Queen. Unwilling to serve his own niece and nephew, the power-hungry man chose to rid himself of the children once so beloved.

That night, he invited them for a walk to their parents’ tomb. Unable to bring himself to outright kill them, he opted to seal them into the tomb. The older man lured Amun and Amunet inside, locked them in, and left them to die. The palace servants and guards searched for weeks. But with no sign of the twins, Set was soon named ruler. His first act as King was to send the Seer away in disgrace.

Within the tomb, Amun and Amunet survived for a few weeks on the food offerings left with their parents. But soon the food ran out, and they were sure to starve to death. Amunet was the first to go. She and her brother held each other, praying that the gods would release them, but to no avail. Amun held his sister and wept over her body as she lay dead in his lap. He wept over her as his starving body began to fail. He grew weaker each day, until the day he laid himself next to her and took one last look at his sister. She still appeared as though she was only sleeping.© 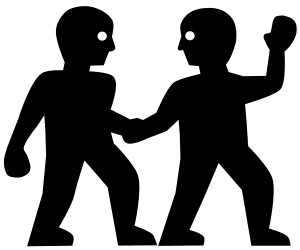 This story and all those that appear on this site are the sole property of Victoria A Wilder unless otherwise stated. 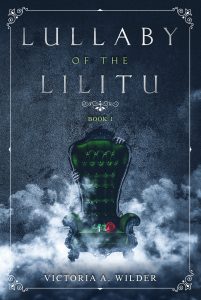